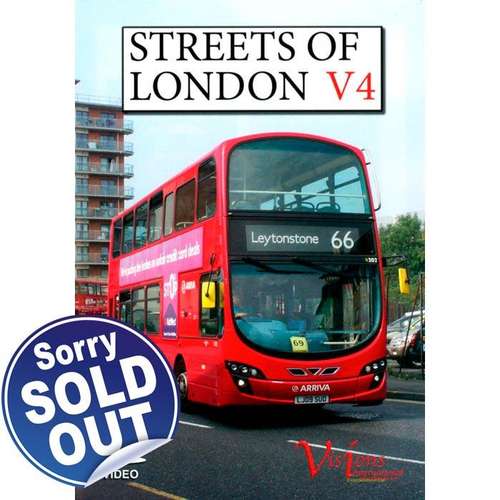 The fourth volume of Streets continues the simple premise of the previous three - If we find something interesting, you will too. With more than 8,000 vehicles in the combined fleets, a huge number of routes and more than a hundred different bus types, there is always plenty to enjoy . . . as Streets of London sets out to show.

Commercial Services: Go-Ahead’s ever-changing commercial fleet and the shuttles it provides at high-profile London events, like the Chelsea Flower Show, the Wimbledon tennis championships and, in 2014, the Farnborough Air Show.

Outside The M25: The routes that break through the M25 barrier and escape to the country. There are more than you may realise.

Farewell 9H: The last few months of Routemaster operation on Heritage route 9, including the final journeys in July.

Romford & Ilford: We head east for this edition’s featured area and show two very busy hubs that would easily make a whole programme on their own. Lots of routes, lots of variety.

Going Up: A selection of buses tackling the capital’s hills, such as Muswell, Crouch and Wimbledon. The little-known Osidge also makes an appearance.

Scanias: The huge variety of Scania-based double-deckers working TfL routes - every type and every operator.