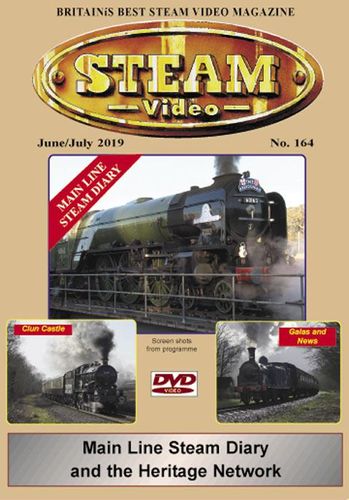 Tornado Returns to the main line with ‘The Aberdonian’, ‘The Bard of Avon’ to Stratford Upon Avon & ‘The Border Raider’ plus archive.

The Return of Clun Castle with archive film, the first main line test runs to Stratford Upon Avon, evening dining specials to Worcester & the ‘Cotswold Explorer’ to Worcester with many views on the climb of Sapperton Bank.

A ‘Saint’ Returns The launch into traffic of 2999 ‘Lady of Legend’ at Didcot and its first passenger runs at the Centre in April. In addition we take a look at the building of the locomotive.
Running time One Hour 55 minutes