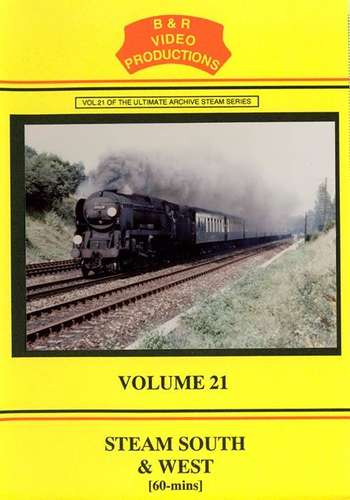 The early sixties saw Barry Eagles roaming the rails south and west to record the last workings of steam in the South Wales coalfields with 72xx, 56xx, Panniers, Granges and Halls.

Journeying via Gloucester, Yeovil and Templecombe we arrive at Southampton Docks where USA tanks worked the wharves and even 3440 'City of Truro' paid a visit.

We visit the Isle of Wight for the 02 class, Hayling Island for Terriers, Ashford for C class and the ex-LSWR main line from Basingstoke to Weymouth for Bulleids, Standards, S15, Moguls, M7, B4 and the ex-GWR Halls on the Bournemouth to Birkenhead working.

Salisbury, Fawley, Lymington and the Swanage branch are also featured.