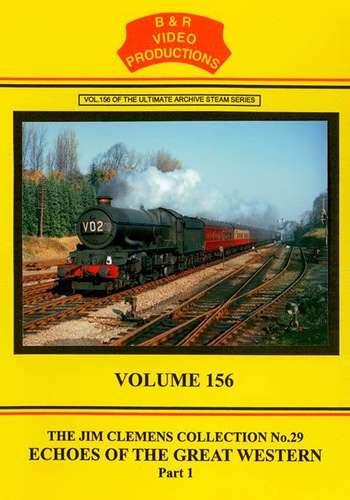 The first of two programmes covering the lines in an area north of Shrewsbury to Chester.

This DVD features the line to Crewe as far as Willaston via Whitchurch, the Shrewsbury to Gobowen line and the Gobowen to Oswestry and Blodwell line.

Archive film of steam traction is shown on these routes including ex-GWR and Standard classes.

There is also footage of some of the main line steam hauled tours in the 1970s.

We visit the signalboxes at Shrewsbury, Leaton, Whittington and Gobowen, observing the passing railway scene featuring both steam and diesel traction in the 1960s and early 1970s.

At Gobowen the steam archive footage takes us south to Llanymynech with a look at the Shopshire & Montgomery Railway and its last steam hauled tour.

There is also extensive lineside and cab views of the diesel hauled stone trains from Gobowen to Blodwell Quarry. The traffic ceased in 1989.

All film and video material used on this DVD is in colour except for the Shropshire & Montgomery scenes.

An authentic soundtrack has been added along with an extensively researched commentary.