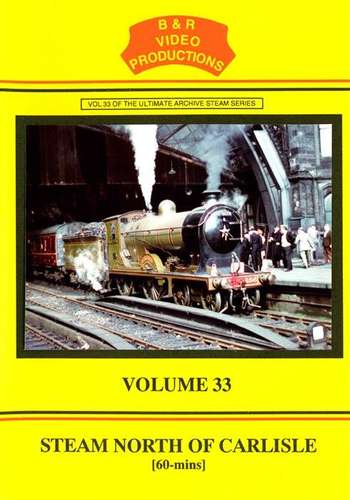 The basis for this video was film from the collection of Geoff Lumb who visited the south western area of Scotland in the early sixties.

The area covered was bisected by the West Coast Main Line over Beattock summit between Carlisle and Glasgow.

Using this route as a basis the film begins at Carlisle station and Kingmoor depot with scenes from lines radiating from the city to branches such as Alston, Silloth and Langholm and on the Waverley route.

We visit the Dumfries to Stranraer route with its branch to Kirkudbright, and by the link to Lockerbie cover the climb to Beattock in detail.

The colliery area around Ayr offers many fine views of Fowler's Crabs working coal trains to and from the pits of Barony and Killoch.

A link by coastal steamers visiting Fairlee pier brings us via Gourrock to the lines south of Glasgow around Wishaw, Cobbinshaw and Motherwell.

The four routes out of Glasgow from Central, St. Enoch, Queen Street and Buchanan Street close this film of South West Scotland.

The immense variety of motive power seen is a glory to behold from ex-Caledonian classes through to BR Standards with Duchess, Scot, A4, A2, B1 and V2 as well as the preserved Scottish locos working railtours in 1965.