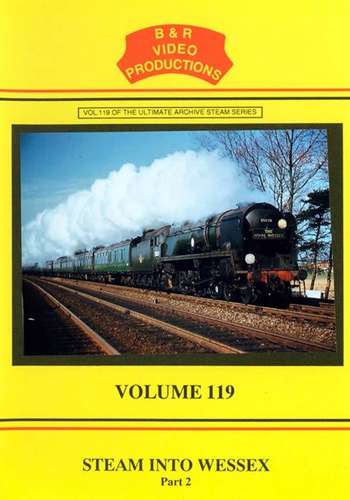 Filmed from 1960 to 1967, we journey from Waterloo to Weymouth, Basingstoke to Salisbury, and on to the Somerset and Dorset from Templecombe to Highbridge and Bath.

On the South Western main line we stop off at Eastleigh to visit the Works in 1963.

There is extensive coverage of the Isle-of-Wight railway system, Ryde to Ventnor and Ryde to Cowes via Newport with passenger and freight.

We visit Bournemouth and Weymouth with its quayside tramway serving the Channel Islands boats in the early 1960's.

Quite unique is a railtour to the Isle of Portland and Easton.

There are numerous classes of motive power to be seen, from small Class 02 tanks on the Isle-of-Wight to the Bulleid pacifics with the occasional King Arthur on the way.

Filmed mainly in colour this video takes a fascinating and nostalgic look back at the steam scene of the 1960s in many locations on the Southern Railway.