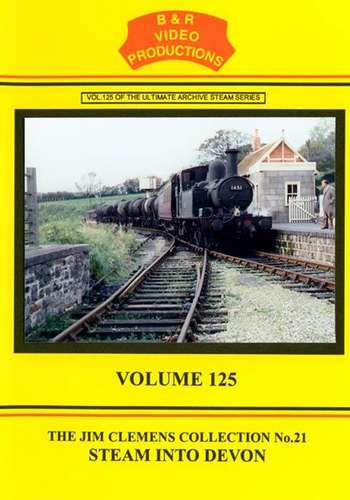 An archive film of mainly steam on the lines of Devon that includes Western and Southern motive power.

The Southern lines include the Sidmouth Junction to Exmouth branch via Budleigh Salterton and on to Exeter Central.

There is also coverage of the Exmoor Ranger tour, that went to Barnstaple and Ilfracombe.

On the way, the Hemyock branch is seen in ordinary traffic days and finally the 1963 visit from 60022 and the corresponding visit to Hemyock by 14xx and assorted brake vans.

3205 heads the Exmoor Ranger from Barnstaple to Venn Cross.

The Western main line from Exeter to Newton Abbott with a 28xx precludes a visit to the Paignton branch.

Then the Totnes to Ashburton branch from 1958 to 1970; Launceston to Plymouth with Prairie tanks.

Many of the railways seen here have long gone, along with the motive power.

This was the time of living branch, secondary and main line traffic in the County of Devon.