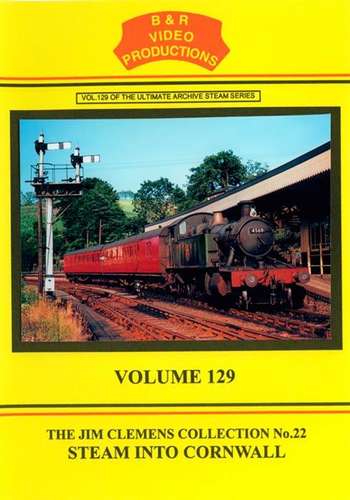 An archive film of mainly steam on the lines of Cornwall including Western and Southern motive power.

We follow the Great Western main line from Saltash to Penzance, viewing the major stations along the route including Liskeard, Truro, Par, Chacewater, Gwinear Road, St. Erth and Penzance.

There are visits to the Looe, Helston, Falmouth, Newquay and St. Ives branches and a visit to Par Harbour for industrial steam and to Newlyn harbour with narrow gauge diesels.

Bodmin to Wadebridge and Padstow on the Southern, including T9s.

A 1960s visit to the Forest Railroad at Dobwalls near Liskeard.

A complete journey on the last steam to Penzance, the Cornubian tour of May 1964 with a 28xx and a West Country pacific.

Filmed in colour except for the earliest material from a GWR publicity film, this video takes a fascinating and nostalgic look back at the steam scene of the 1960s.  The film has been mastered with an authentic sound-track and researched in detail to give an informative commentary.