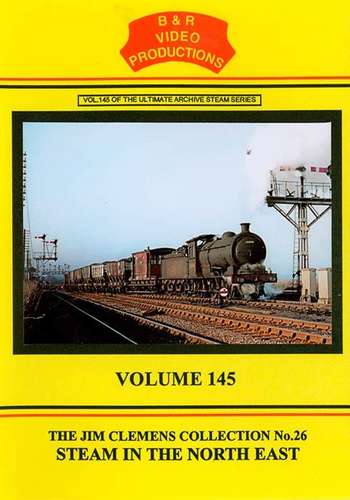 British Railways steam came to an end in the North Eastern Region in September 1967 and views of these workings are seen at Ryehope Grange along with the last passenger workings on the Alnwick branch featuring K1 2-6-0 and Q6, J27 and 9F hauled freight trains at Tyne Dock in 1966.

We then visit Beamish Museum to see 0-6-0 J21 and the replica Locomotion No. 1 in steam, followed by scenes of ex-LNER locomotives including Flying Scotsman at the Shildon 150th Anniversary Cavalcade event in 1975.

Lastly, we feature coverage of the K1 No. 62005 railtour in May 1967 from Stockton to Catterick and much, much more.