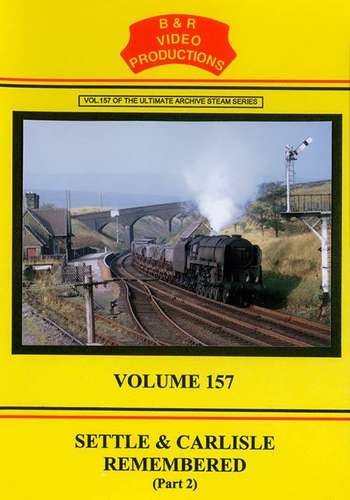 The second of our archive films covering the Settle & Carlisle route over the Pennines.

We start with an introduction to the route, including a 1964 rail tour from London St. Pancras to Carlisle using a Jubilee locomotive and ex-LNER V2 and A3 classes.

There are scenes of Leeds to Settle Junction and views at Skipton.

Coverage of the 'Little North Western' line to Wennington and the Midland Railway's first attempt to reach Carlisle in the 19th Century.

We then return to Settle Junction for a detailed look at the Settle & Carlisle line north with the ascent to Settle, Horton, Ribblehead, Dent, Garsdale and Ais Gill followed by the decent to Appleby, Culgaith, Armathwaite, Cumwhinton and Carlisle.

The film includes brief sequences of the 'Return to Steam' workings for continuity and finishes with scenes of steam workings at Carlisle.

The best of the original film has been taken and restored to the highest standards.

An authentic soundtrack has been added along with an extensively researched and informative commentary.

All the film material is in colour.