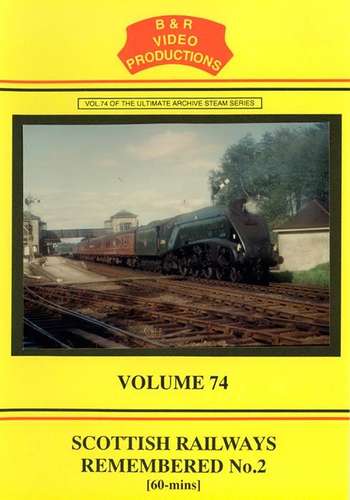 A concentrated look at the railways from Inverness to Aberdeen and Perth.

The Ballater branch still lived, albeit with DMU, and we travel the whole line.

Back at Aberdeen the A4's had arrived amongst B1's, V2's and Standards.

On to Perth via Stonehaven and Forfar.

Pickersgill 4-4-0's at Leysmill and Blairgowrie.

The Aberfeldy branch, by Type 2 diesel, did exist then.