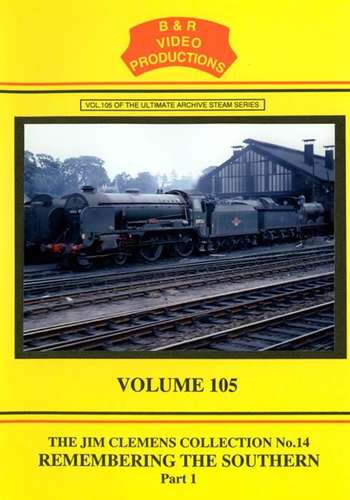 Over the years, Jim visited the Southern region many times. Remember how good the Withered Arm video was?

In this volume we begin with a film from his collection of Dover in 1949.

He took excursions to Brighton and Portsmouth, visited the Hayling Island and Lymington branches with M7's and early 1960's film on the Isle of Wight.

This is not all about the end of Southern steam in 1967 although doubtless it will turn up one day!

See how the sun really did come earliest in the South!