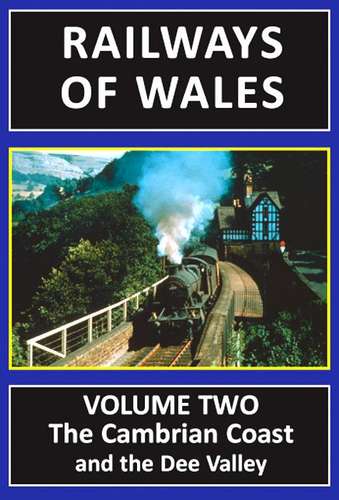 The route from Dovey Junction and the line running from the coast near Barmouth through Ruabon provided a combination of dramatic coastal scenery, steep gradients and a wide variety of motive power. This volume explores these lines using archive film from the 1950s, 1960s and 1980s.

Across Mid Wales & The Dee Valley -The route from Ruabon to Morfa Mawddach. A look at passenger and freight along the line through Llangollen, Bala and over the summit to Dolgellau in steam days. Includes scenes from the 1950s right up until closure in 1965. Also features a journey from Barmouth to Llangollen.

Barmouth to Pwllheli - Steam power on the line following the Cambrian Coast through Harlech, Porthmadog and the junction at Afon Wen. BR Standards work alongside Manors and Dukedogs.

After the End of Steam - The Cambrian Coast route in the 1970s with the last freight traffic and DMU operation.

North to Bangor - The line from Afon Wen to Caernafon and Bangor, with DMUs and steam power prior to closure.

Bonus Item - A Journey from Shrewsbury to the Cambrian Coast in the late 1970s.