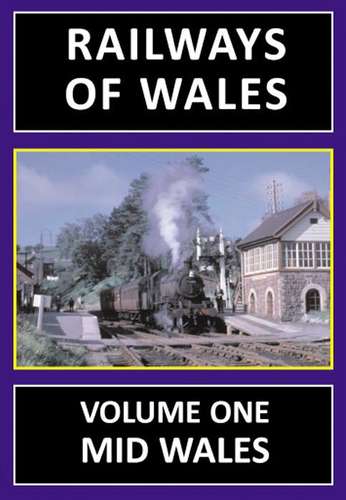 Mid Wales offered a contrasting mix of railways, from the major links from Shrewsbury to the coast at Aberystwyth and the Central Wales Line to the long secondary lines from Moat Lane to Hereford, Brecon and Neath. In this programme, we explore these lines mostly in the 1950s, 1960s and 1980s.

Through Mid Wales. Shrewsbury and the line through Welshpool, Moat Lane, Newtown over Talerddig to Machynlleth with many of the intermediate stations and a range of steam power including ‘Manors’ and Standard Class 4s on passenger and freight. Steam is featured on the ascent to the summit at Talerddig both from the West & East. in addition, the diesel era is shown with Class 37s on services to the Cambrian Coast.

The route through Oswestry. Oswestry and services to Ellesmere and Welshpool and the branch to Llanfyllin.

To South Wales. The line from Moat Lane through Llanidloes and Builth Road to Three Cocks Junction.

The Central Wales line over Knucklas Viaduct, through Builth Wells to Llandeilo.

West from Hereford. The route West to Three Cocks Junction and the lines around Brecon and the branches to Neath and Merthyr.