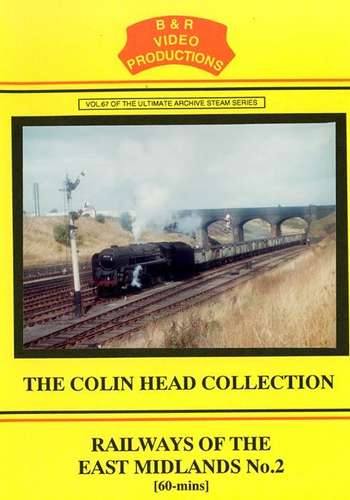 The success of our Volumes 29 and 42 have led to this production centred on the Midland main line through Wellingborough and Kettering.

However, views at Leicester, Nuneaton, Nottingham and Staveley set the scene to begin at Marylebone for the GC and St. Pancras to Luton.

Remember when Class 27's in their original livery worked suburban stock and the Wheathampstead to Dunstable branch was still with us?

This time it is with diesel and early DMU as steam was covered in Volume 29.

Next the steam scene north of Irchester Junction to Wellingborough and Kettering.

Wellingborough shed and station saw Fowler and Jinty tanks and the 84000 Standard tanks on the locals to Northampton.

We traverse the route to Northampton Bridge Street with a 78000 Class mogul.

There was a line to Butlins, Butlins Sidings that is!

Engines working hard and fast, slow and branch line work, a feast of steam in an area now mostly devoid of the traffic you see in this video.