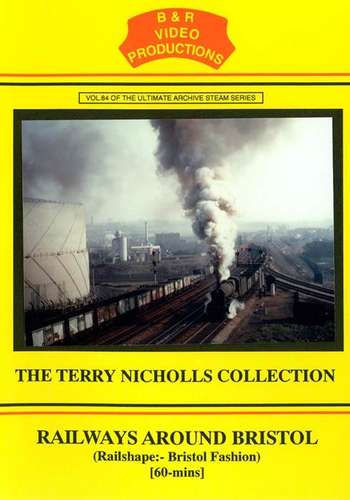 A film of the railways around Bristol from local cameraman Terry Nicholls who worked for British Railways and knew the best spots to see steam at work around the city.

First we see Bedminster and Clifton Bridge with the Docks at Wapping Wharf using steam.

Return to Temple Meads with a visit to Bath Road and the line to Bath via East Depot.

Then the Midland route north to Wickwar and Mangotsfield after a visit to Barrow Road shed.

Finally the South Wales line to Pilning via Stapleton Road filmed from 1964; many LMS and GWR types are included, Castles and Jubilees, even examples of the SR and LNER.

Some early diesels are also seen like the Blue Pullman and a couple of Hymeks but predominately steam at its best.