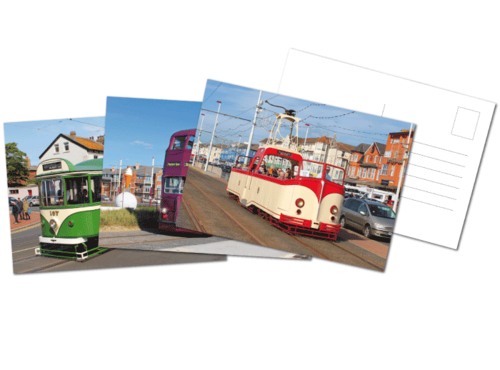 A lot of people have been collecting our series and these new ones show 12 different images of the Heritage fleet in all its glory.

This set of 12 new postcards contains images of:

167 was built in 1928, one of ten trams which were officially known as 'Pullman Cars' but were more commonly referred to as 'Pantograph Cars' because they originally had that type of current collection. 167 was on loan to Blackpool in 2014 and is seen here at Albert Square in Fleetwood.

Blackpool Transport has nine 'B' fleet double deckers which are used alongside the Flexity trams as specials at busy times. 711 is one of three painted in the purple and white livery, seen arriving at Starr Gate in May 2015. The tram is named 'Ray Roberts' in memory of a popular employee.

Ex-Towing Railcoach 680 returned to Blackpool in 2015 for a two year loan. Painted in the 1990s livery, the tram heads south at The Metropole on a fine sunny day in August 2015.

Twin car 272+T2 is one of the most popular trams in the Heritage fleet. It wears a superb coat of all cream, the livery it carried when the cars were first coupled back in the 1960s. The image here at Pleasure Beach was taken on a private hire in January 2015.

Balloon car 717 has been restored to near-1930s condition and is often used for special occasions like weddings and birthday parties. It is pictured at Cabin working a Heritage tour in August 2015. The tram is named 'Walter Luff' in memory of the tramway manager who ordered the 27 'Balloon' cars in the 1930s.

Balloon car 715 joined the operational Heritage tram fleet in 2015. Painted in the 1990s livery, it is pictured at Fleetwood Ferry in June 2015 while working an enthusiast special.

Balloon car 701 is painted in the red and white Routemaster bus livery which it originally carried in the early 1990s. The tram is another member of the Heritage fleet, pictured here at Gynn Square in August 2015.

675+685 became the second Twin car of the Heritage fleet, being launched into service during the 130th anniversary weekend in September 2015. Wearing the 1970s green and cream livery, the tram passes South Pier.

Despite being modified as a 'B' fleet car, Balloon 700 remains popular amongst enthusiasts. This rare image shows the car on the loop at Starr Gate during the 130th anniversary weekend, complete with passengers on board, about to undertake a visit to Starr Gate depot.

Boat car 602 has been renumbered 227 and painted into a fictitious livery of red and white. Pictured on south promenade, during the 130th anniversary weekend in September 2015, Sooty appears to be enjoying the sunshine as the tram heads to Pleasure Beach! 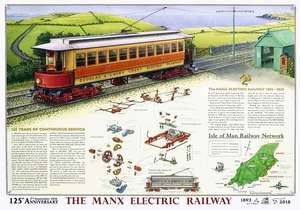