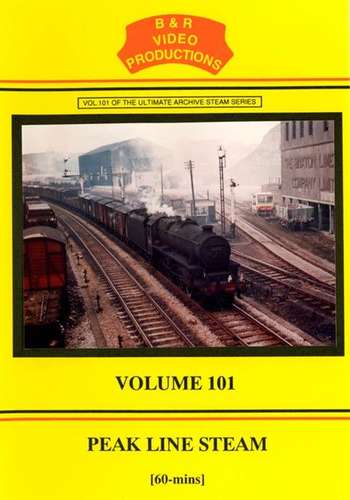 A detailed film of the railway in the Peak District of Derbyshire which closed as a through route in 1968.

There is extensive coverage of the Cromford & High Peak Railway which ran over the 1000 foot contour in windswept conditions.

It had the formidable Hopton incline at 1-in-14 which taxed loco skill to the limit for the J94's seen here.

Then there were the 8F's from Buxton shed where a visit is made to see them in the snowy February of 1968.

They are seen taking the limestone traffic through Peak Forest.

There is also a journey along Ashwood Dale.

Heaton Mersey shed is visited including the last day of steam there and some views along the line to Manchester Central and return to Millers Dale.

This is a worthy record of those halcyon days of steam, filmed mostly in colour on 16mm format.

Accompanying the film is an authentic soundtrack with an informative commentary.