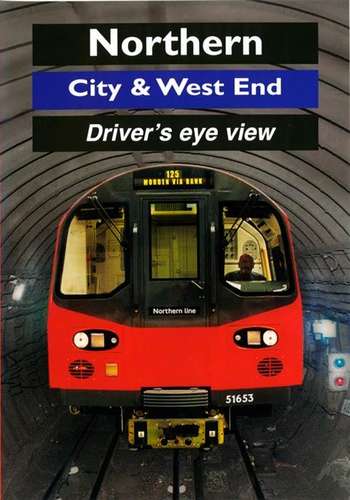 Includes the Northern City branch which runs from Edgware to Morden via Bank. There is so much to see from the driver's cab. The overground section through the 3 platform station at Golders Green and into tunnel. The "Crewe" of the Northern line at Camden Town.

The extra wide platforms were created with the building of the Victoria line. We also run over the first section of tube railway in the world, the City and South London whose carriages were nicknamed 'padded cells'.

The Northern West End branch starts with our train heading south around the Kennington reversing loop. When we say you will see all of the Northern line on this one DVD, that is what we mean.

Running through the West End via Charing Cross and Tottenham Court Road we see Camden Town once more but from a different perspective.

Running into the open at East Finchley - a classic design of 1930s underground architecture we arrive at the terminus on the edge of Hertfordshire, High Barnet.

Finally, you will see the Mill Hill East branch starting from Finchley Central, nowadays the only single line tube branch on the entire underground.