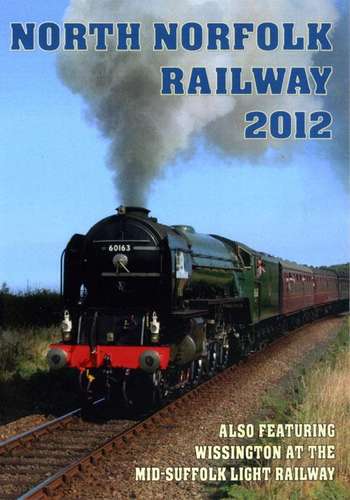 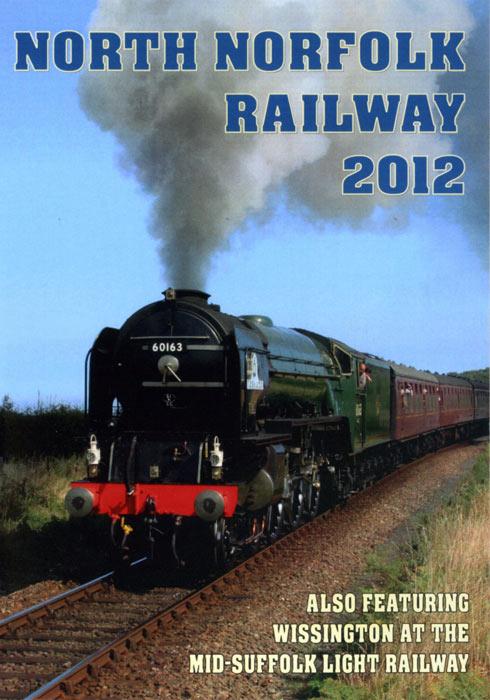 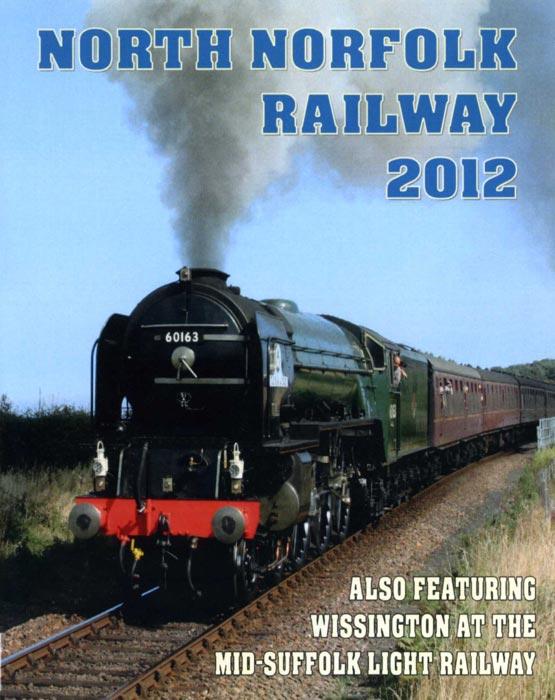 With the B12 returning to the railway after its four-year overhaul, and an impressive visitor lineup on the cards,Its no surprise that 2012 would be remembered as yet another extraordinary year at the North Norfolk Railway.From 'Puffing Billy' to 'Tornado' and the iconic Deltic Diesel, there was plenty to look forward to and even get excited about.

Edited without commentary, this 80 minute DVD beautifully captures some of the year’s most memorable and ‘exciting highlights’.

Relaunch of the B12: Including the Spring Steam Gala (22 Minutes approximately)
M&GN Society members and supporters of the B12 gathered at the North Norfolk Railway on 8th March 2012 to celebrate this unique loco's return to traffic. Both 8572 and LNER stablemate J15 7564 are seen in this brief segment of the day's events. The Spring Gala which followed saw the B12 and J15 joined by visiting GWR Hall 4936 Kinlet Hall and Black 5 45337. Locos from the home fleet included, 9F 92203 Black Prince and GWR 56xx 5619.

Deltic Days: Including the Summer Diesel Gala (16 Minutes approximately)
As you would expect, the star of this year’s Diesel Gala, 55019 Royal Highland Fusilier features heavily in this chapter.The Deltic Preservation Society owned loco can be seen and certainly heard as she performs alongside visiting Class 47 47596 Aldeburgh Festival and members of the North Norfolk Railway’s home diesel fleet which included 47367, Class 25,D5207 and DRB E79960.

Titfield Thunderbolt (5 Minutes approximately)
The event was held to celebrate the 60th anniversary of the filming of the famous Ealing Studios comedy The Titfield Thunderbolt.The tuneful whistle of the little 14xx is frequently heard as she and her quaint ensemble scurries through the Norfolk countryside. A Bedford OB bus is seen giving chase as the pair play out their roles. To further enhance the event, a visiting mainline charter hauled by 34067 Tangmere and GWR 94xx 9466 arrived in the afternoon and is seen passing the Thunderbolt at Weybourne amid a noisy exchange of whistles.

A Day at the Middy: Featuring Wissington (9 Minutes approximately)
M&GN Society owned 1700 Wissington visited the Mid-Suffolk Light Railway in July to take part in the line’s first ever Steam Gala. The newly restored loco is seen at the ‘Middy’ alongside Falmouth Docks & Engineering No.3 (resident at the MSLR for the past four years) and 1928 built Hornpipe. As a finale to the day's events, all three took part in an explosive 'Grand Cavalcade' much to the delight of visitors and volunteers alike.

Tornado (15 Minutes approximately)
After completion in 2008 the new build A1 Pacific immediately became a distinguished celebrity in railway terms, becoming a household name almost over night! Little surprise that when Tornado visited the North Norfolk Railway in September she drew enthusiastic admirers from far and wide.