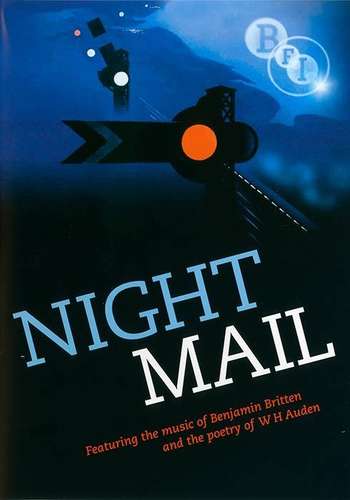 One of the most critically acclaimed and best-loved films produced within the British documentary movement, Night Mail, made in 1936, tells the story of the Travelling Post Office from Euston to Glasgow and the men who worked on it.

Given a modest budget of only £2,000 and conceived as a routine film promoting Post Office services, the collective talents of the GPO Film Unit turned out an ambitious and inventive fusion of image, sound, music and poetry that became an instant classic and archetype of the genre.

The memorable final section of the film, featuring Benjamin Britten's innovative score and verse by WH Auden timed to the rhythms of the train, is justly famous, and perhaps the most lyrical final sequence in the history of documentary film.