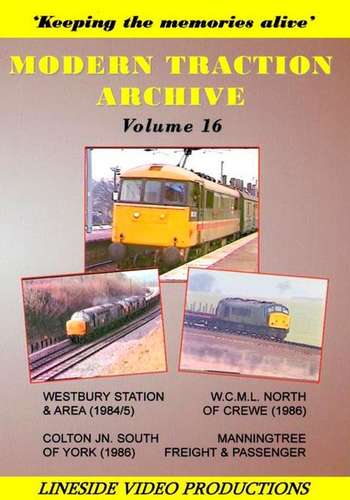 A step back in time with visits to: West Coast Main Line north of Crewe in November 1985; The East Coast route is featured just south of York in March 1986; Westbury area freight and passenger action from 1984 and 1985; Focus on Manningtree in our February 1986 stopover. Super sights and memories!

Westbury – a visit is made to the station & surrounding areas, including Frome & Merehead in March & June 1984 as well as February & again in May 1985. We have some real oldies in this section including a trainload of Presflo cement tanks on their way to Exeter: HSTs in their original livery are frequent sights, so too are class 33s on Portsmouth line passenger services. We witness class 47s & 50s on passenger turns to & from Paddington & even a class 50 working a train bound for Portsmouth! Freight traffic is dominated by stone workings & we view pairs of class 33s & 37s on these, as well as BR blue-liveried 45, 47s & class 56s - there are some superb class 56 soundtracks included here.

Manningtree - electric loco-hauled services were fairly recent additions when we paid our visit in February 1986. Class 86s dominate, but we also see class 47s on the Harwich boat trains. Cravens DMUs, class 31s, 37s & 47s were in charge of freight services: we also briefly visit Felixstowe with 37 022 & D3489 at work. 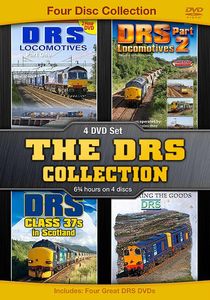