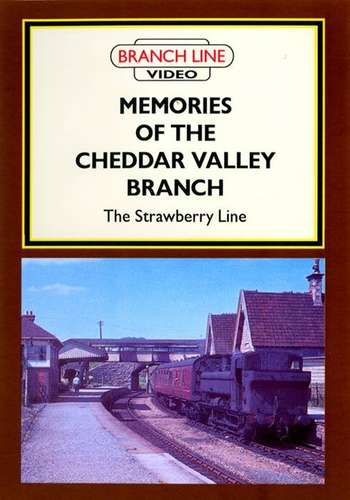 The Great Western Railways branch from Whitham to Yatton passed through some of the West Country's most beautiful scenery.

The railway passed through the rolling countryside around the villages of Wanstrow and Cranmore before crossing over the Somerset & Dorset at Shepton Mallet.

The line then skirted around the south side of the Mendip Hills, passing through the Cathedral City of Wells.

As well as explaining the city's complicated railway history, some excellent cine film shows the Market Place and Cathedral in the late 1950s.

The line then passed through the dramatic and beautiful scenery around Wookey, Cheddar and Axbridge before dipping down onto the coastal plain to join up with the Great Western's Bristol to Exeter main line at Yatton.

Again some superb cine film shows Cheddar Gorge with a wealth of ancient buses struggling up the gradient as well as the centre of the pretty village of Axbridge.

Railway highlights from the 25 minutes of archive cine film include a trip from Shepton Mallet to Whitham filmed in the late 1950s and a journey from Whitham along the length of the branch to Yatton, filmed during 1963.

Scenes taken after the line's closure to passengers show one of the last Strawberry Specials loading up at Draycott and a trip down the remaining stub of the branch to Cheddar on the RCTS Railtour in 1969.

The cine film is complemented by numerous archive black and white photographs which give a comprehensive look at the line's history.

Modern film shows what is left of the branch today including scenes inside Foster Yeoman's quarry at Merehead and the East Somerset Railway at Cranmore.

A full commentary as well as the memories of the men who worked the branch complements the film.