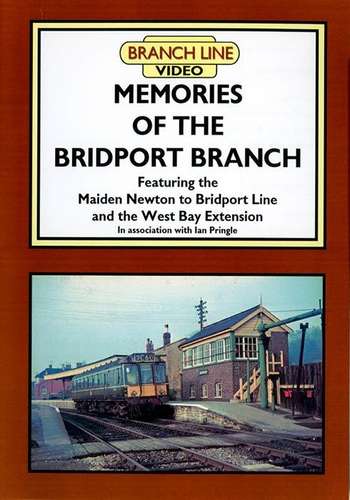 Featuring the Maiden Newton to Bridport Line and the West Bay Extension.

In the mid-nineteenth century the landscape of Britain was changed by the coming of the railways. Cities and towns were transformed overnight, bringing a new prosperity to communities as the industrial revolution took hold.

A few places, however were less fortunate in the lottery of railway expansion. After numerous attempts had failed to link Bridport in the county of Dorset with the emerging railway network, the leading citizens of the town took up the challenge to build their own railway.

Linked to the Great Western Railway at Maiden Newton, the Bridport Railway was opened in 1857, at nine and a quarter miles long, a branch line of modest but independent means which survived for 118 years.

With over 40 minutes of previously unpublished and rare archive film footage from the early 1960s through to its closure in 1975, this film documents the line's history from its days as an independent company, through GWR ownership, to its final demise under British Rail.

Included are sequences filmed on railway enthusiasts' special excursions, among them the infamous Bridport Belle in January 1967, the last steam-hauled train on the line, which stalled on its way back to Maiden Newton.

A detailed station survey, including the West Bay extension, plus Then and Now scenes presented by railway historian Paul Atterbury, is complemented by the reminiscences of former railway staff who worked on the line.

Whilst never linked directly to the local centres of population in West Dorset, the Bridport branch was a remarkable survivor which, given a few more years of life, might still have been part of today's railway network.