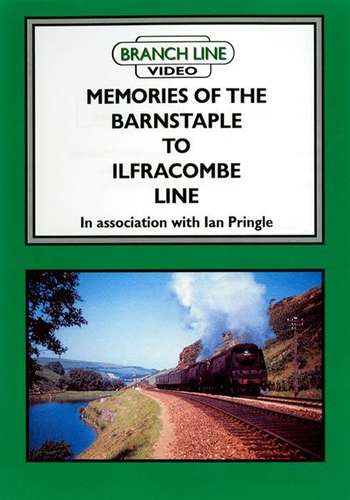 Throughout their history until the mid-1960s, the railways of North Devon had a distinctive character shaped by destiny.

For the local community the train provided an important link between town and village, city and capital.

For the longer distance traveller, the prospect of journey's end was accompanied by a heady mix of swirling steam exhaust combined with the salty whiff of Atlantic sea breezes.

This air of anticipation was caught to perfection on the Barnstaple to Ilfracombe line, the final 14 miles of the Southern's main line from Waterloo and the route of the famous Atlantic Coast Express.

With a gradient profile to challenge the most experienced of engine crews, (nearly five miles at 1 in 40 up the bank to Mortehoe; then 3 miles at 1 in 36 down to the precipitous station at Ilfracombe) the line saw its heaviest traffic in the holiday season with a continuous stream of trains on summer Saturdays being banked over the summit at Mortehoe.

This truly exhilarating spectacle is captured in 35 magical minutes of archive cine film.

Southern and Western Region trains are seen pounding up the banks behind West Country, N Class and Mogul locomotives.

The DVD includes a brief history of the line from its earliest days to closure in 1970.

Together with then and now scenes, plus the reminiscences of former local railwaymen whose memories bear witness to the challenging nature of this line, this programme pays tribute to one of the Southern's most spectacular lines in the west country.