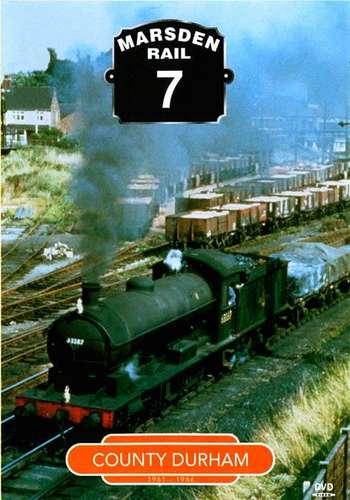 County Durham's prosperity and the growth of its rail network was due to the counties once extensive coalfields with many mines still open until the late 1960s, their rail traffic operated by Class J27s, Q6s and WDs steam locomotives.

In addition, superb film taken at a variety of locations shows National Coal Board locomotives hard at work.

Continuing the coastal journey from Billington to Newcastle started in Volume 4 - Darlington, the River Tyne is crossed before moving south on the East Coast Main Line.

A narrow gauge clay-pit railway locomotive being delivered behind a traction engine is featured, together with Durham's most Westerly branchline - Weardale.