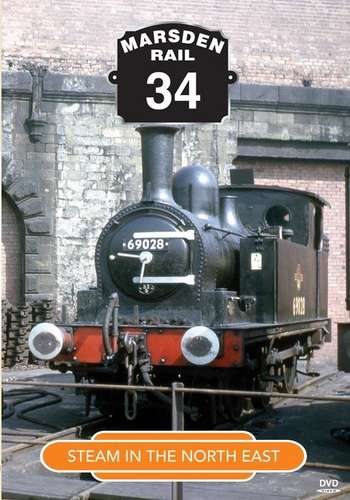 Compiled from film taken in the 1950s and ’60s, the programme opens at Darlington before heading to Eaglescliffe, Billingham and the coastal town of Hartlepool, for many years a major centre for exporting coal from the Durham coalfields, and impressive footage shows freight traffic at Hart, Crimdon Viaduct and Castle Eden.

Travelling north from Hartlepool, the next location is Sunderland, with its locomotive depot host to freight classes employed to handle traffic from the numerous local coal mines.

Footage of the National Coal Board’s busy Lambton Railway is followed by a fascinating film made by the NCB’s Film Unit at Seaham Harbour in the 1950s, featuring the Victorian-era ‘Lewin No. 18’ and vertical-boilered ‘coffeepots’ at work.

Still south of the River Tyne, the next location is Tyne Dock Locomotive Depot and, in addition to film of heavy freight traffic passing the depot, rare 1950s film features a Class T1 4-8-0 in the shed yard.

The next location is Newcastle’s Central Station, where ECML workings guaranteed a large number of ex-LNER ‘Pacifics’ entering and leaving the station, many of which were serviced by the nearby Gateshead Depot.

Just north of Central Station was Manors Station and Heaton Junction, with views at these locations followed by a journey from Manors to Tynemouth on the former Riverside Branch.

North of the Tyne, scenes at Bedlington, Hartley, Woodhorn and North Blyth are reminders of the area’s once immense coal traffic – with Ashington Colliery’s ‘Paddy Trains’ highlighting how rail passengers’ travelling conditions have changed.

From Morpeth, the line west to Scotsgap and Reedsmouth is followed before moving north to the Alnwick Branch, where film taken in June 1966 of a Class 9F in charge of services on the last day of steam operations brings the programme to a close. 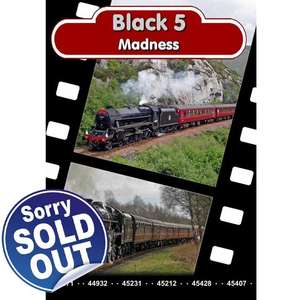