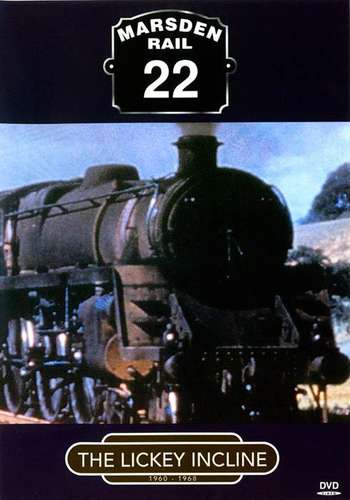 The most famous gradient in England - over 2 miles at 1 in 37.5 - and lying between Birmingham and Gloucester, it posed major operating difficulties during the steam era when banking of northbound trains was required.

The programme begins at Stourbridge with a steam-hauled 'Carpet Special' in the station, plus views of the climb from the Town Goods Yard to the junction.

This is followed by scenes at Kidderminster, with gravity-shunting in the extensive yards.

At Worcester, the practice of combining the Hereford and Worcester portions of Paddington expresses is seen.

The Lickey Incline poses few challenges to modern diesel traction, but in this programme - filmed between 1960 and 1966 - the most modern locomotives seen are British Railways Type 3 and 4 diesel designs!

However, the banking of all but the lightest of trains is why the Lickey Incline was fascinating and a range of steam classes, from the humble Jinty to the mighty 9F, are seen carrying out this arduous work.