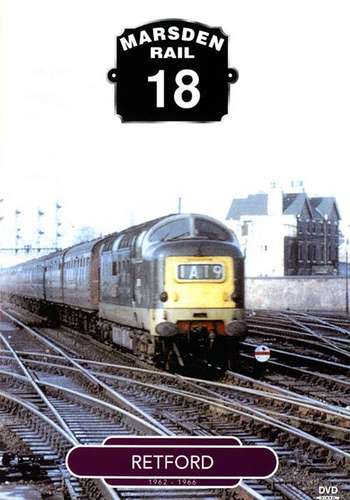 On the East Coast Main Line, twenty miles south of Doncaster, lies the small market town of Retford, which until the 1960s was an important rail junction.

The East Coast Main Line was crossed by a freight route linking Sheffield and the West Riding of Yorkshire to East Anglia and the port of Harwich.

Thrumpton (GC) and Retford (GN) engine sheds are featured together with the building of the Retford 'diveunder'.

Other locations shown are Gainsborough, Doncaster depot and works plus a journey on a steam hauled stopping train from Retford to Sheffield, where the city's Victoria station is viewed.