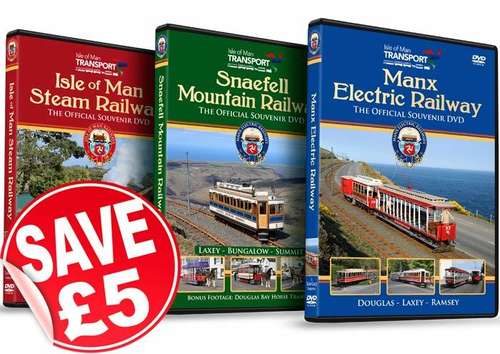 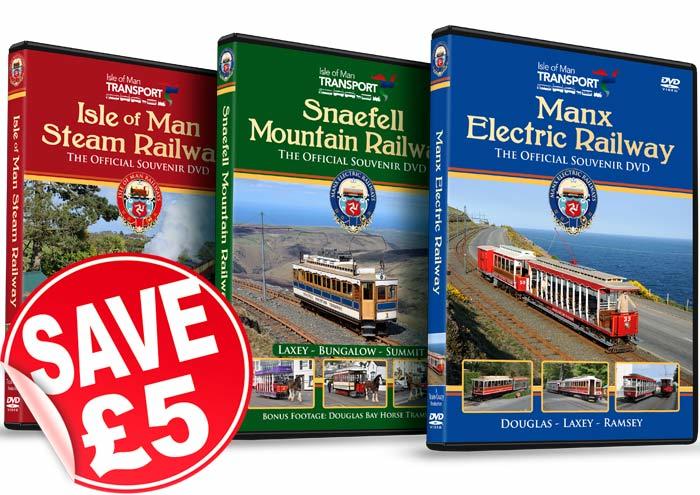 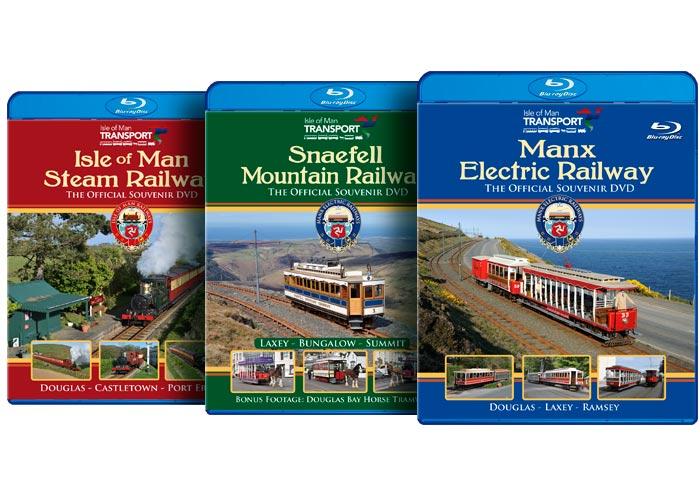 This official souvenir DVD, produced with full assistance of Isle of Man Railways, looks at the system in detail including:
• A brief history
• A journey along the line today, looking at all stations
• A visit to the workshops at Douglas and Port Erin Museum
• Morning start at Douglas including 'lighting up' the loco
• Filmed from the lineside, the footplate and a special on-board driver's eye view camera
• Includes all operational locomotives today

This official souvenir DVD, produced with full assistance of Isle of Man Railways, includes:
• The complete journey from Laxey, filmed from the driver's cab
• The view from the top with trams arriving and departing
• Trams and motorbikes at Bungalow during the TT Races
• A look at the trams in their depot
• The picturesque Laxey station

• The complete journey along Douglas prom, filmed from an open top tram on a fine summer day
• A look at the unique century-old trams including the double decker.

This official souvenir DVD, produced with the full assistance of Isle of Man Railways, includes:
• A brief history
• A visit to Derby Castle tram depot and the museum
• A journey from Douglas to Ramsey on board an open tram, stopping at places of interest
• Groudle Glen and Laxey Mine Railways
• A look at the 100-year old trams which work the line
• The delightful Laxey station