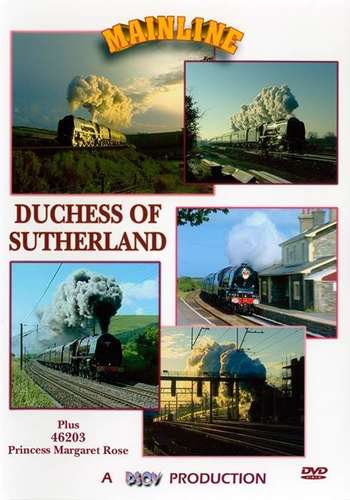 6233 Duchess of Sutherland was built by the LMS in 1938 and finished her service days in 1964 with British Railways.

She was then sold to Butlins and displayed at Ayr Holiday Camp inScotland before being moved to Bressingham Steam Museum in East Angliawhere she remained until 1996.

She was sold to The Princess Royal Class Locomotive Trust in Derbyshirewhere, with the aid of a grant from The Heritage Lottery Fund, she wasrestored to working order by volunteers from the Trust over a threeyear period, and returned to steam on the mainline in 2001.

This programme is a collection of footage from main line railtours from 6233s first outing in July 2001 through to July 2004.

The material includes 6233 on Shap, Beattock and the South DevonBanks as well as the S&C, Euston and at the head of the Royal Trainin June 2002.

It records not only the engine in full cry but also some breathtakingshots of mountains, moorland and superb landscapes over which theengine has travelled. 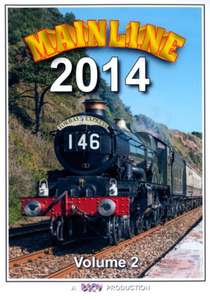 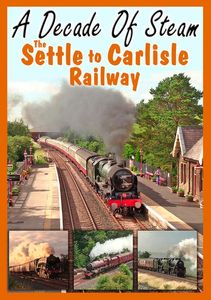