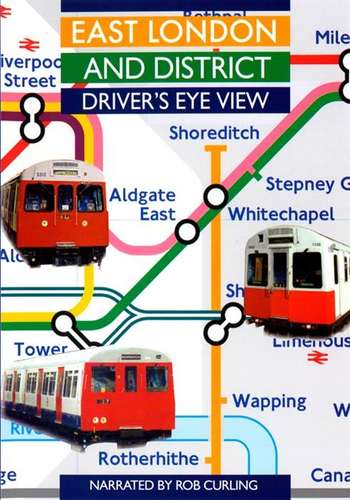 The East London Line is one of the smallest autonomous operations on the Underground, with its own depot at New Cross. Services alternate between the two southern termini of New Cross and New Cross Gate.

Our journey on board an 'A' stock train begins at the former and takes us through the very oldest part of civil engineering on the underground network, Marc Brunel's 1843 tunnel under the Thames. Peak services continue to Shoreditch which is where our journey ends.

Our second journey starts at Richmond where we board a 'D' stock train running along the District Line's main artery from Earl's Court along the bottom half of the Circle line to Tower Hill, beyond which the line joins up with the Hammersmith and City line to Barking.

We then continue all the way to Upminster. This most intensive route sees trains running with intervals of only two to three minutes. The journey time from Richmond to Upminster is approximately 90 minutes.

The Edgware Road branch then follows: Starting at Wimbledon, our 'C' stock train takes us over the former Southern Railway branch to Putney Bridge.

After Earl's Court our train turns north along the western side of the Circle line through Notting Hill Gate to terminate at Edgware Road - the only station shared by District, Circle and Hammersmith and City lines.

Finally there is by far the shortest route on the District: Kensington High Street to Kensington Olympia, at one time running only during exhibitions but nowadays running daily.

All four routes are shown virtually in real time on this DVD. Individual lines and key stations have fast menu access.