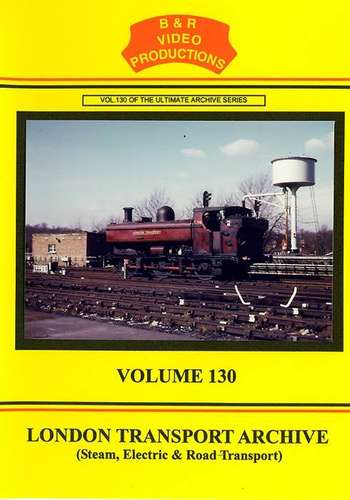 Using all archive film taken over many years up to 1980, this film covers the operations on the London Transport network on rail and road.

Metropolitan Railways are seen with steam at Rickmansworth in 1961 taking over from electric locos.

Lots of coverage of the LT pannier tanks at Neasden, Croxley, Watford, Farringdon and Lillie Bridge.

The Metropolitan electric locomotive tours of 1972.

Tube trains of 'Q' stock, '38' stock on the Northern Line and A62 stock on the Epping to Ongar line and others.

Horse buses back on the London streets in 1979 with their history mixing with a few preserved examples of early motor buses.

The RT buses in central London up to the last on Route 62 at Barking.

RLH types in East London and Routemasters including FRM1 at Potters Bar.

Witness a visit to Aldenham works and the skid pan at Chiswick with an RT.

Green Line with RM's and RP's around Harlow.

Filmed virtually all in excellent colour, with a sound track and informative commentary.