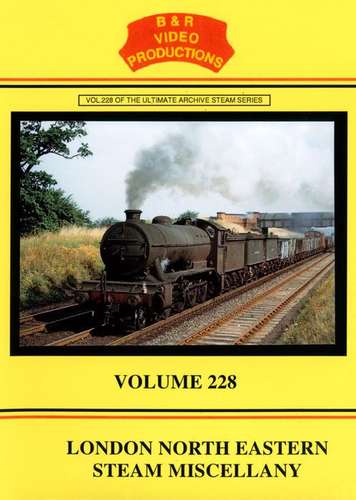 In this volume of our popular “Miscellany” series, we cover steam across the former London North Eastern (LNER) area and beyond. Once again it is compiled from mostly unseen footage from a variety of different cameramen and in the order the film runs off the original cine reels.

Our journey commences at Nottingham Midland with V2 2-6-2 No.60916, a locomotive temporarily loaned to the Southern Region in 1953 to cover for the “Merchant Navy” broken axle emergency. We then visit the former GCR stations at Nottingham Victoria and Sheffield Victoria, followed by York, Beverley, Aysgarth, Barnard Castle, Staveley, Doncaster, Langwith Junction, Stainforth and Hatfield.

Scotland is well covered with steam action at Aberdeen, the shed at Ferryhill, Dundee, Perth, Dunblane, Larbert, Hawick, Edinburgh, Ayre, Girvan (goods), Muirkirk, and the branch from Lugton to Giffen.

In the late 1960s, Jim Clemens purchased a significant quantity of original 16mm offcuts and unused film from Pat Whiltehouse, all relating to the BBC “Railway Roundabout” TV programmes. Included in this source are the new engine shed at Thornaby (opened in 1958), York, two “Glens” to Fort William over the West Highland line and Inverness shed.

The majority of the archive film is in colour and an authentic soundtrack has been added along with an informative commentary to complement this nostalgic look at the last years of London North Eastern steam. 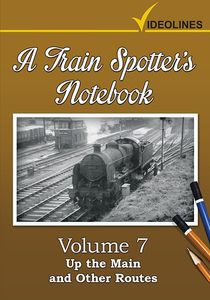 A Train Spotter's Notebook: Volume 7 - Up the Main and Other Routes