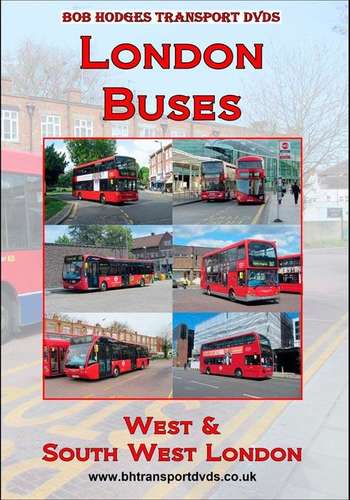 This DVD is the first of a series of DVDs that will cover bus operations in the Transport for London area, the districts covered in this DVD include Uxbridge, Hounslow, Heathrow/Hatton Cross, Feltham, Hammersmith, Shepherd's Bush, Ealing, Acton, Chiswick, Putney, Wimbledon, Wandsworth, Battersea, Clapham Junction, Kingston Upon Thames, Richmond, Epsom, and Twickenham.

There are several operators in this area, London United Busways being the largest, other major operators include Abellio London and Surrey, Metroline, Go-Ahead London and Epsom Buses which is owned by RATPDev as is London United. Many different types of bus can be seen in this video together with buses from outside the TfL area that work into towns such as Uxbridge and Epsom which are on the fringes of the TfL area.

No commentary, subtitles, enjoy the sights and sounds of a variety of London buses.