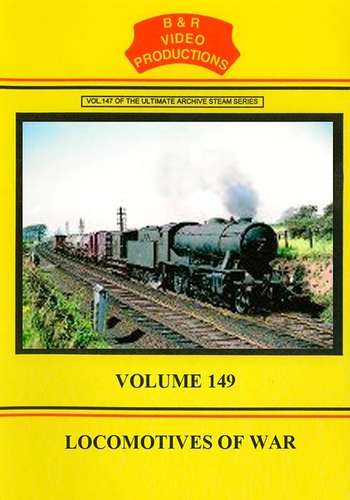 The railways of Europe and the Far East played a vital role in periods of war.

In the 20th Century there were two World Wars and this production portrays most of the locomotive types that were built for service in both conflicts, primarily for the Allies.

We show this type in service both at home and the Middle East.

Later in the Second World War, the design was simplified into the WD Austerity 2-8-0s and extended with the 2-10-0s.

Serving alongside were the Hunslet designed WD J94 type 0-6-0 Saddle Tanks. We feature examples of all of these locomotives.

Army training camps such as Longmoor were used to train staff in railway work.

We also show examples of narrow gauge engines that served in WW1.

All of these types were designed for a short life, but some still survive today.

They can be seen at work on preserved railways, especially for re-enactment events.

Most locomotives shown are British-built and we see some of them at work in Turkey, France, Poland, India and Australia.