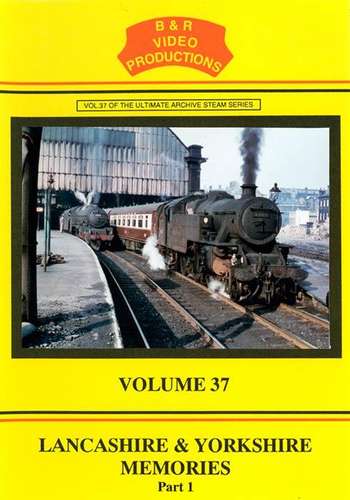 This volume covers an area from Goole in the east to Huddersfield in the west, Bradford and Copy Pit in the north, Penistone in the south.

There was something magical about the steam railway in the high Pennine hills, be it on a hot summers day or in the deep mid-winter when snow lay deep and caused many problems on the roads, allowing the railway to prove its worth.

These conditions are portrayed along with a wide variety of motive power from the London Midland and Eastern Regions from 1960.

Among the highlights are the V2 derailment near Mirfield in January 1962, a visit to Leeds Holbeck shed, Leeds Central steam and Calder Valley steam with WD, 8F, Jubilee, B1 etc.

Much of this film was taken by local enthusiast Geoff Lumb of Huddersfield who has already had one Pennine film published. This is more footage from the same stable as his Volume 33, which has been well received.

There is 52515 near Huddersfleld, and much much more in this interesting look at steam in the high Pennines.