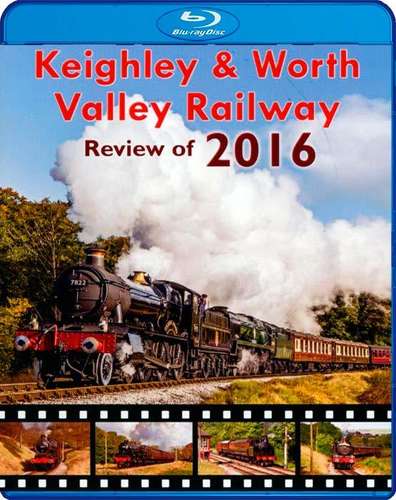 The Keighley & Worth Valley Railway, the only complete branch line in the UK has held many successful events and hauled thousands of passengers along the picturesque five mile branch line throughout 2016. The railway held many events including their famous Winter and Autumn Steam Gala events featuring a collection of freight, express and vintage services.

Winter Steam Gala - 26th to 28th February 2016:
The Winter Steam Gala of 2016 was held during February 2016, highlighting the event was the return of Taff Vale O2 No.85 which hauled its first public trains at the Worth Valley since 2009. Over the 3 day event the home fleet of engines put on an action packed show including passenger, vintage and freight services.

Autumn Steam Gala - 7th - 9th October 2016:
The Autumn Gala held in October 2016 featured visiting engines GWR 78xx No.7822 'Foxcote Manor' which is normally based at the Llangollen Railway and SR BoB No.34053 'Sir Keith Park' from the Severn Valley Railway. The event also saw the return of LMS 5MT No.45212 which has recently undergone overhaul at Bury. Famous for it's role in 1968 as part of the 'End of Steam', LMS 5MT No.45212 had returned to the Worth Valley for painting in the summer and made its last minute return over the gala weekend running services on the Friday and Saturday of the gala. With the bridge issues at Ingrow finally resolved the Autumn Gala included a wide variety of services including Pullman, passenger, vintage and freight trains. The event featured several different Somerset & Dorset recreations over the weekend with engines 34053, 43924, 75078 and 45212.

2016 Returning Engines:
2016 has included the return of Taff Vale O2 No.85 which has recently undergone overhaul at Haworth. Taff Vale No.85 returned to steam in January 2016 and hauled its first passenger services over the Winter Steam Gala, the engine returned for the first time in preservation carrying a fully lined out Taff Vale Livery. Also gracing the Worth Valley once again in 2016 was LMS 5MT No.45212 which has recently been overhauled at Ian Riley's workshops at Bury. The engine returned to the railway for painting and running in during October before it left to be prepared for mainline service.

2016 Vintage Train Services:
2016 saw a new format to the hugely popular 'Vintage Train' Service which is run on alternative Sunday's during the summer months. For 2016, a 3rd train service was introduced which involved a further set of coaches from the Vintage Carriage Museum. This set of coaches formed a shuttle service between Keighley & Ingrow West hauled by LNWR 'Coal Tank' No.1054 and Hudswell Clarke No.1704 'Nunlow'. The main train service was hauled by Taff Vale No.85 on a vintage set of coaches alongside the usual passenger service.

Other events were held at the railway during 2016 including the annual Beer & Music Festival, Santa Special services and many other too. A wide collection of running days are featured throughout the Blu-ray including lineside shots an aspect not usually available to the general public.

Some of the steam engines featured on the Blu-ray include: 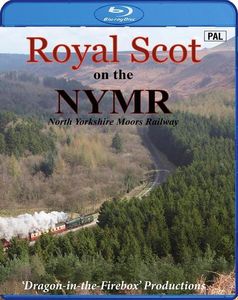 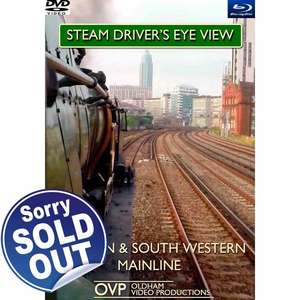