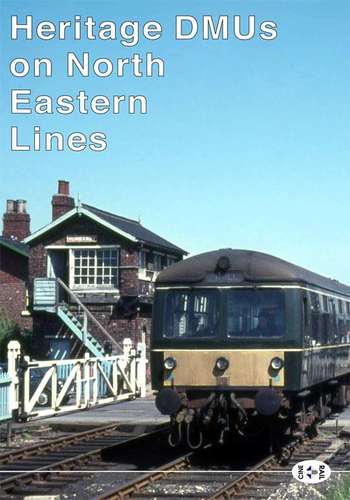 In the 1960s Britain's rail network was contracting at an unprecedented rate, particularly in rural areas. Even where routes were not under threat of closure it was inevitable that much of the Victorian infrastructure and architecture, which provided great interest for rail enthusiasts, would be swept away in an effort to modernise Britain's railways and reduce costs.

Yorkshire-based amateur cameraman, Frank Dean, felt it was important that a visual record of these lines and structures should be made before they disappeared forever and, using his privileged position as a senior British Rail engineer, spent much of the 1960s and '70s filming rural lines in the North East of England. By then, passenger services on such lines were handled almost entirely by diesel multiple units and, in filming the numerous wayside stations, Frank Dean secured a unique record of the various 'First-Generation' DMU types in use at the time.

The first part of the programme follows the 54 mile route from Hull to Scarborough, with its numerous intermediate stations. Filmed between 1967 and 1969 from regular service trains, and from the lineside, many of the stations still retained their original architectural features, with manually-operated level crossing gates and ex-NER board signals still an everyday sight.

Following this journey, the busy junction station at Church Fenton on the Leeds-York line is shown, with a variety of first-generation DMUs at work in the early 1980s.

Finally, the ex-North Eastern Railway branch to Alston, which diverged from the Carlisle to Newcastle line at Haltwhistle, is featured. The branch first came under threat of closure in 1959 but survived a further seventeen years, finally closing in May 1976, giving it the dubious distinction of being the last branch line to close in rural North East England. Film taken in summer and winter shows the picturesque 13-mile branch in detail, including the last-day workings which attracted thousands of enthusiasts.