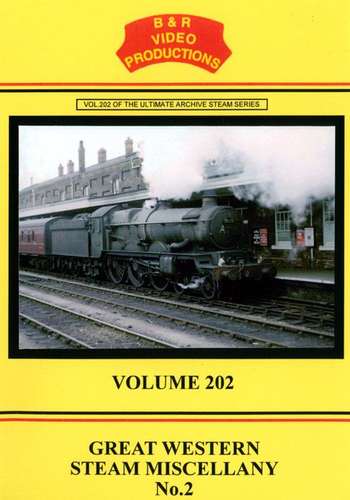 The second of our “Miscellany” series to cover Great Western Steam. This time we mostly use previously unseen film from the Jim Clemens Collection. Once again the footage has been assembled in the order the film runs off the original cine reels and features wide coverage across much of the old GWR Empire.

A veritable feast of all that ex-GW steam which includes the branch from Oxford to Witney and Fairford, the “Great Western” high speed special on 9th May 1964 from Paddington to Plymouth and back, a shed visit to Exmouth Junction, Gloucester (Horton Road), Worcester and Stourbridge. We feature the route of the “Cathedrals Express” from Hereford via Malvern, Worcester, Evesham, Honeybourne, Campden Bank, Kingham, Oxford, Didcot and Reading to Paddington.

There is something for everyone and a Great Western delight for all GW enthusiasts!

The archive film is in both colour and Black & White and was mostly filmed in the 1950s and 1960s. An authentic sound track has been added along with a commentary to complement this further nostalgic look at the last years of GWR steam.