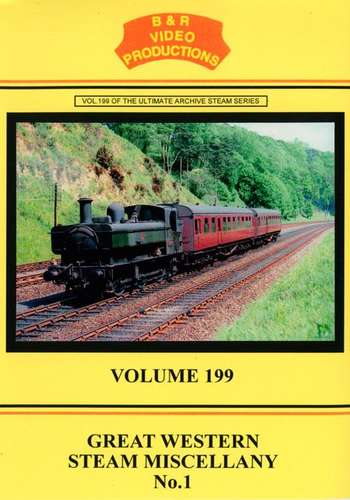 Over the years, we have amassed a vast collection of archive cine-film from a variety of owners. Quite a lot has been used in our volumes but there is still considerable footage that remains unused because it either did not fit in with our volumes or we were not aware of the locations. Much of this film is now over half a century old and it is a shame to think that so much of it could end up being either thrown away and lost forever, unseen. To help solve this we are making this series of “Miscellanies” using most of this   previously unseen footage and assembled in the order it runs off the cine reel without any story.  Some could run into several volumes!

Although we feature broad coverage across most of the former GWR empire, certain areas as seen in much greater detail. These include The Golden Valley push-pull to Stroud and Gloucester, Ponytpool Road to Neath, Swansea Victoria to Craven Arms and the delightful Exe Valley and Culm Valley branches with their 0-4-2 tanks.

The archive film is in both colour and Black & White and was mostly filmed between 1960 and 1965. An authentic sound track has been added along with a commentary to complement this nostalgic look at the last years of GWR steam.