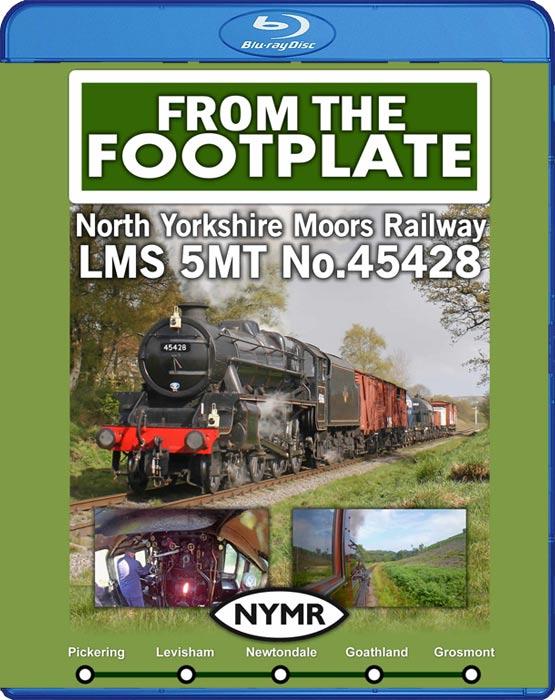 The initial railway was designed and built to be used by horse-drawn carriages, steam engines soon took over in 1845 due to the popularity of the line. Steam locomotives struggled to operate on the Beck Hole incline, so in the early 1860s, the North Eastern Railway started construction of an alternative route which opened in 1865. Still in operation today, the four-mile 1 in 49 gradient from Grosmont to Goathland is a challenge for locomotive crews. In 1963 the famous Dr Beeching report declared that the railway was to close, the final passenger services travelled over the railway in 1965. A preservation group was formed in 1967 to save the railway and due to their success, the first passenger services travelled to Pickering once again in 1975.

The North Yorkshire Moors Railway currently runs for a total distance of 18 miles from Pickering to Grosmont, with some services travelling a further 6 miles to Whitby. Alongside the challenging gradients, the NYMR travels through the North Yorkshire Moors National Park offering passengers stunning views. The NYMR has become one of the most popular heritage railways in the UK, carrying over 350,000 passengers per year.

LMS 5MT No.45428 'Eric Treacy' is one of the steam engines currently in operation at the NYMR. Built in 1937 at Armstrong Whitworth & Company in Newcastle, 'Eric Treacy' was 1 of the 842 class members to be built, today, just 18 are preserved. LMS 5MT No.45428 spent a period of its working life based at Leeds Holbeck shed where it would have been allocated to summer excursions to Whitby via York and Pickering. LMS 5MT No.45428 moved to the NYMR in 1967 and has become a popular engine on the railway, the engine returned to steam in 2018 after its most recent overhaul at Grosmont.

For the main 2019 season, 'Eric Treacy' was turned to face north, join the crew of the 9:25 am service hauled by 'Eric Treacy' as they tackle the gradients from Pickering to Grosmont, including the 1 in 49 gradient near Newtondale Halt. Travelling north, the NYMR climbs from Pickering through to Goathland Summit, 532 feet above sea level. Using new technology and filmed in 4K, you're able to witness 'Eric Treacy' working hard through the North Yorkshire Moors National Park from a whole new perspective.

78022 Footplate - Camera View 1
Whilst watching the DVD, you're able to follow 'Eric Treacy' from a series of different angles including onboard the footplate, both the driver and fireman's views, the front lamp bracket and from the motion gear.