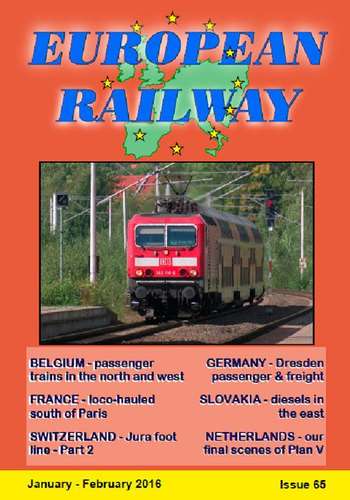 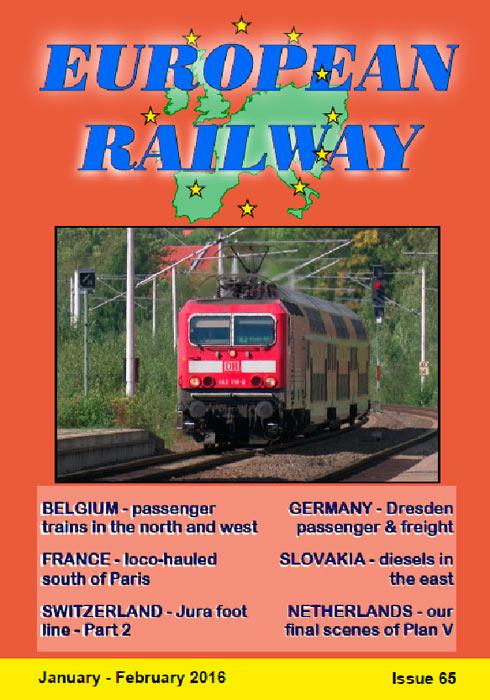 BELGIUM - action from the north-west of the country looking at loco-hauled and other passenger workings, some of which have now disappeared - being replaced by more modern traction. Classes 21, 27 and 18 dominate.

SWITZERLAND - part 2 of our feature on the lines around Oensingen, including a look at a vintage electric at work at Balsthal on the OeBB. Classes 521, 523, Re4/4, Re6/6, 460, 465 and 923 all appear on a mixture of freight and passenger workings. This is a busy main line with a good deal of freight train activity, from block oil workings, to express freight, mail and mixed.

GERMANY - we have two features from the Dresden area. The first looks at the mainline to the north-west of the country where we drop in to Cossebaude over a 2 hour period. Secondly we look at the line from Chemnitz where it is the class 143s that dominate our viewing. The class will be withdrawn from the services seen from June 2016 onwards.

FRANCE - with new orders for Intercity EMUs now placed, the writing is on the wall for the country’s remaining loco-hauled workings - we call in to the line south of Paris towards Orléans to view the current locomotive activity. Class 7200, 26000 and 27000 are all seen in our 2015 and 2016 material.

NETHERLANDS - a look at Plan V and other units in action from 2015.