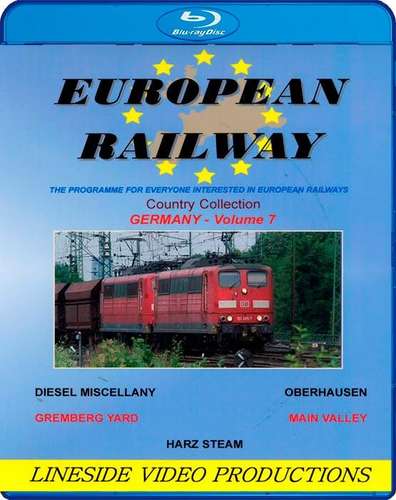 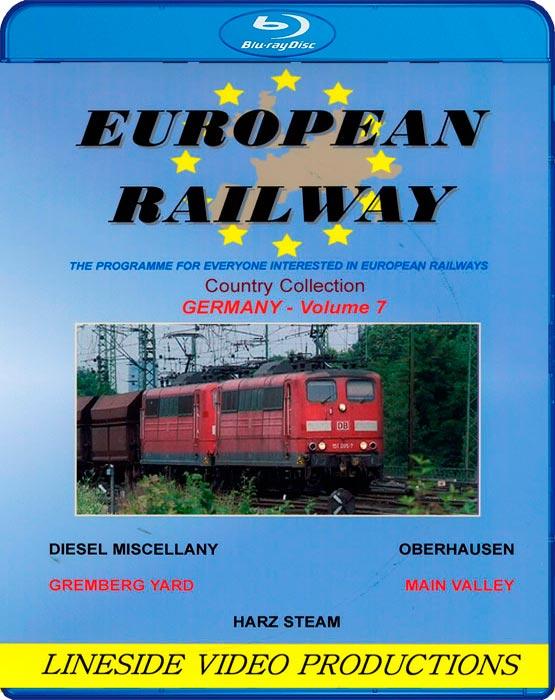 A round-up of the German sections from ‘European Railway’ issues 34 to 37, including never previously seen footage.

Lindau to Hof - we look at diesel activity at three different locations across the country; the first is in the south at Lindau, where Class E20 and DB class 218 are seen; we then travel north to the Ulm area, where diesel multiple units mix with class 218s on passenger services, and finally we cover the lines north of Hof, where class 232, 233 and ER20 are seen on freight, as well as Regiorunner and class 612 diesel units on the passenger workings.

Rheinland freight - study the rail activity around the heavily industrialised region close to Oberhausen, where we see a variety of trains involving classes 203, 225, 221, 294, 185, 189, class 66 as well as private-operator locos from RBH. We look at three rail locations including at Gelsenkirchen where RBH centre-cab electrics are seen on coal trains & at Bottrop where a preserved class 221 hydraulic diesel is seen on an engineers train.

Steam - an extended visit to the Brockenbahn in the Harz Mountains. We begin at Drei Annen Hohne where we take a ride up the grade towards the Brocken Mountain with external views taken from the train behind the powering steam locomotive. We watch the run-round manoeuvres at Brocken station before we see a departure and two arrivals with their respective locomotives powering up the steep grade.

Cologne - the busy freight yard at Gremberg on the south-eastern outskirts of Cologne is one of the largest in the Rhein area. In this section we see private diesel shunters in action on local trip freights as well as wagonload freight trains interspersed with block container workings skirting around on the avoiding lines. Class 110, 151, 152, 155, 185, 189, 212, 290, 296, Belgian class 28, Swiss 481 & even a class 143 on freight are all seen.