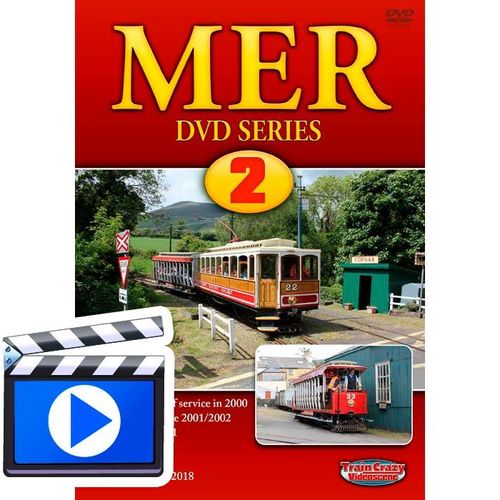 No.2 in the series includes:

Winter moves: A two-car eight-journey winter service operated in 2000/2001 which included various rare crossover moves and single line working, plus 19 and 21 in the snow!

Cars 18 and 31: Restored to service for the centenary in 1993, both these 'Ratchet' cars survived until the early 2000s before withdrawal again.

TT 2018: More footage from the TT race period of 2018 with 12-sets in traffic, action from Laxey and Ramsey, a ride on car 32 and the return of trailer 42 after ten years out of service.