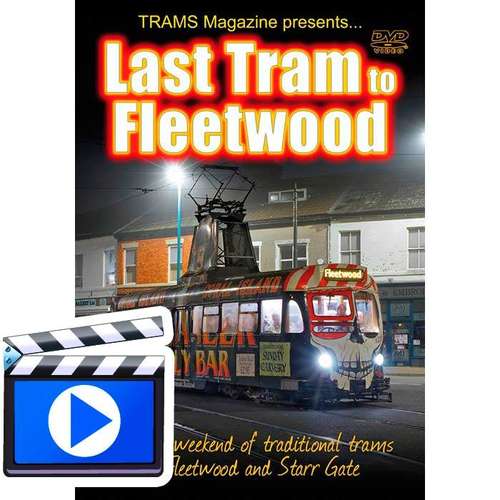 Saturday/Sunday 7th/8th November 2009 was the final weekend of tram operation to Fleetwood prior to a three year closure and upgrade for 'Supertrams'.

Not only was it this the last opportunity to see, ride on and photograph the old fleet as we know it, it was also the end of the very last traditional street tramway in England, where passengers simply stood in the road to board a tram car!

Prior to this, on Sunday 6th September 2009, the line between Pleasure Beach and Starr Gate was also closed for upgrading to 'Supertrams'.

Opened in 1926, this was another piece of tramway operation coming to an end with the traditional double deckers and Railcoaches running for the last time.
This DVD looks at the final weekends of operation to the Starr Gate and Fleetwood ends of the tramway.

Starting with a brief history, various trams are featured over the last 20 years including Vintage trams on tours, service cars, specials, Illuminated cars, Twin cars, Boats and rare workings in summer, winter and in the snow and there's an open top tram ride filmed from the top deck of 706 'Princess Alice'.

As well as service cars and specials, to mark the closures a series of farewell tours took place including trams such as Sheffield 513 and Coronations 304 and 660 which rarely run to Fleetwood.