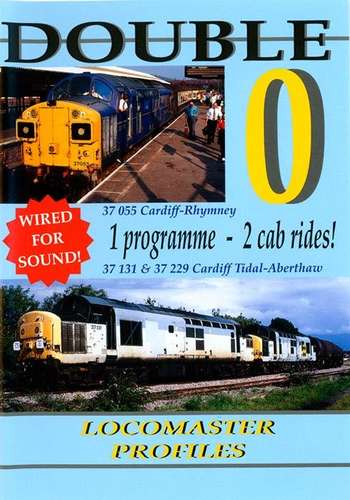 Class 37s have been synonymous with South Wales since the first examples of the class arrived for trials at Cardiff Canton in September 1962. Forty years later the class were still hard at work on their old stamping ground.

Fittingly, this double 'Wired for Sound' extravaganza features the unmodified Class 37/0 variant - the 'standard' original design that arrived in South Wales in the early 1960's.

For variety and comparison, one journey features a single 37 on a passenger train, the other a pair on a heavy freight!

PASSENGER: 37 055 is the featured loco on the passenger run which is from Cardiff Central to Rhymney. This was filmed in September 2000 at a time when, although the Cardiff Valley services were booked for Class 37/4s, they were frequently producing anything but.

Although the train only comprises four mark 2 coaches, the 25-mile run is not only uphill all the way but there are no fewer than 15 station stops. And there's a tightly-timed schedule to boot!

With Mainline Freight-liveried 37 055 in fine fettle, it all makes for a highly-entertaining 60-minute run!

FREIGHT: 37 131 and 37 229 provide a complete contrast to the passenger run as they tackle the 6B89 Cardiff Tidal-Aberthaw tanks.

Filmed on September 23 1999, both 37s came out of store from Cardiff Canton to work the train as a means of testing the two locos prior to the pair being re-instated for use on autumn 'sandite' duties.

With a trailing load of 1,100 tonnes, the 37/0s never get the train above 40mph as the pair are given a serious workout over the Vale of Glamorgan Line. 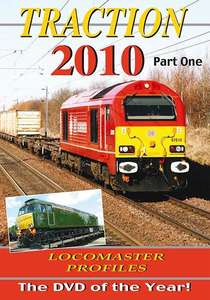 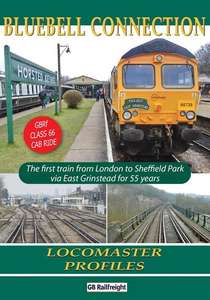