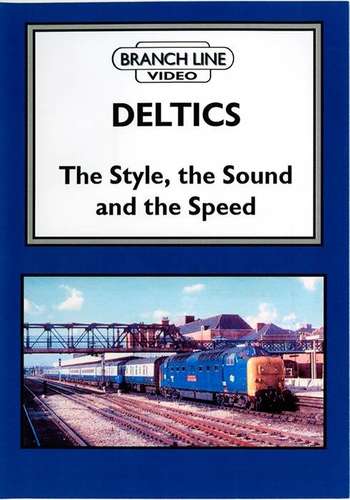 Introduced in 1961, the English Electric 3,300hp Deltic locomotive was a true thoroughbred - an all-powerful performer that transformed Britain's East Coast Main Line between London and Edinburgh from the early 1960's to the 1980's.

Hauling Anglo-Scottish express trains, these impressive locos are seen in the heyday of their 'blue period' as BR's Class 55's from 1976 until 1981.

Using rare and previously unpublished archive film, the programme includes footage of each member of the class, numbering 22 in all.

Whether it was storming out of King's Cross, dominating the skyline with their silhouette on top of a viaduct or gliding gracefully into York's magnificent station, the era of the Deltic is a never to be forgotten chapter in Britain's glorious railway heritage.

Highlights include many unusual workings, with Deltics operating in tandem and with other loco types, on freight turns and in the depth of winter.

With a comprehensive archive of original Deltic recordings to add impact to the images, the superb synchronisation of sound and vision captures the atmosphere of the period to pefection.

As you watch this DVD you might imagine Chris Wright and sound recordist Ian Strange were standing side by side, one filming and one recording, as the trains go by. In fact they have never travelled together.

If you were impressed by the style, speed and sound of the Deltics, you'll love this DVD. It recaptures the days when the twenty-two Class 55s dominated the workings on the Eastern Region of British Rail.