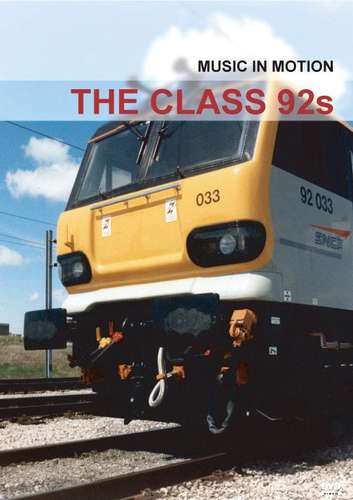 In May 1988, British Rail engineers were faced with a major problem in designing a locomotive capable of handling heavy freight working through the Channel Tunnel, which was still six years from opening.

After a long series of appraisals, the conclusion was reached that the most cost-effective solution was a dual-voltage locomotive capable of operating on both 25kV ac and third-rail 750v dc systems. The result was the Class 92.

At its introduction it was the heaviest, longest and most powerful electric locomotive on the UK rail network, with 6700 horsepower driving its six powered axles, enabling it to re-start and accelerate 1600 tonne loads up the steep tunnel inclines!

Built by Brush Traction of Loughborough, the power and sophistication of the Class 92 set the locomotive apart from all previous designs.

The programme features the locomotives under test in Czechoslovakia and Austria, unique in modern traction development, in addition to a high-speed cab ride aboard 92033 'Berlioz' from Crewe International EMD to Carlisle (Kingmoor) during West Coast Main Line trials.

At a variety of locations including Calais, Dollands Moor (Folkestone), Crewe International EMD and inside the Channel Tunnel, the Class 92s are recorded on test and revenue earning service.