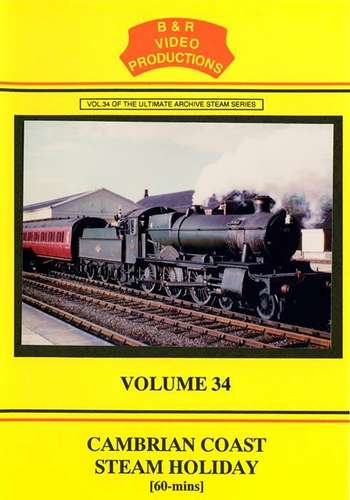 Another fine volume based on Jim Oatway's wanderings along the Cambrian coast in 1962.

Predominately Western Region we begin our journey from Paddington via Reading. Shrewsbury and Talerdigg to reach Aberystwyth with its Manors and Standards.

The Vale of Rheidol was still worked from its original terminus by Brunswick green tank engines and chocolate and cream stock.

On via Bow Street to Dovey Junction and Aberdovey with a rare glimpse of the harbour branch.

A visit to the Tal-y-llyn was always included in an enthusiats tour of the area, in 1962 No.4 sported a giesel ejector!!

North again via Friog to Fairbourne by standard gauge with a look at the Fairbourne railway as it was before it changed its gauge.

Barmouth is the next port of call with much activity as the line to Ruabon was still open in 1962.

Manors still worked on to Portmadoc and the Ffestiniog Railway employed driver Bill Hoole to work some trains to a picturesque Tan-y-Bwich.

Fairlee's were still coal fired, all of this bringing back the memories of sunny days on the Cambrian coats when a holiday by the sea over 30 years ago was dominated by standard gauge steam and the Great Little Trains of Wales.

This DVD is sheer nostalgia.